Hello Bread Heads!
We've been making videos and posting them on our YouTube channel. As time goes on, we work on trying to do things better and better. The wire frame cart we were using was a major, major hindrance. The wheel locks weren't adequate and there just wasn't enough room. So, we ran off to IKEA because Beth had found a great cart there at a very reasonable price. Bigger than a bread box, bigger than a baker. We've filmed a few videos on the cart and are looking forward to sharing them!

In a (somewhat) recent blog post, one of my favorite food bloggers, David Lebovitz, was asked to go to an IKEA with a friend. He commented he was still getting over his last trip there in 1999. Yeah, IKEA can be overwhelming. While at IKEA, we had to peruse their food section. They always have interesting foods you just won't find at your neighborhood food store. They used to have a great volkornbrot kit that was packed in what looked like a 1/2 gallon milk carton. Open it, add water, shake, and pour into a pan. It made a GREAT grainy, chunky, chewy rye bread! Of course, they have lingon berries in preserves and juices and sauces and cookies. It seems the Swedes love lingon berries as much as I love Hatch Green Chilies! And they have a nice assortment of cookies and licorice. Licorice is a weakness Beth and I share.

One of the great things in IKEA is finding things you weren't actually looking for. And this was it for this trip - 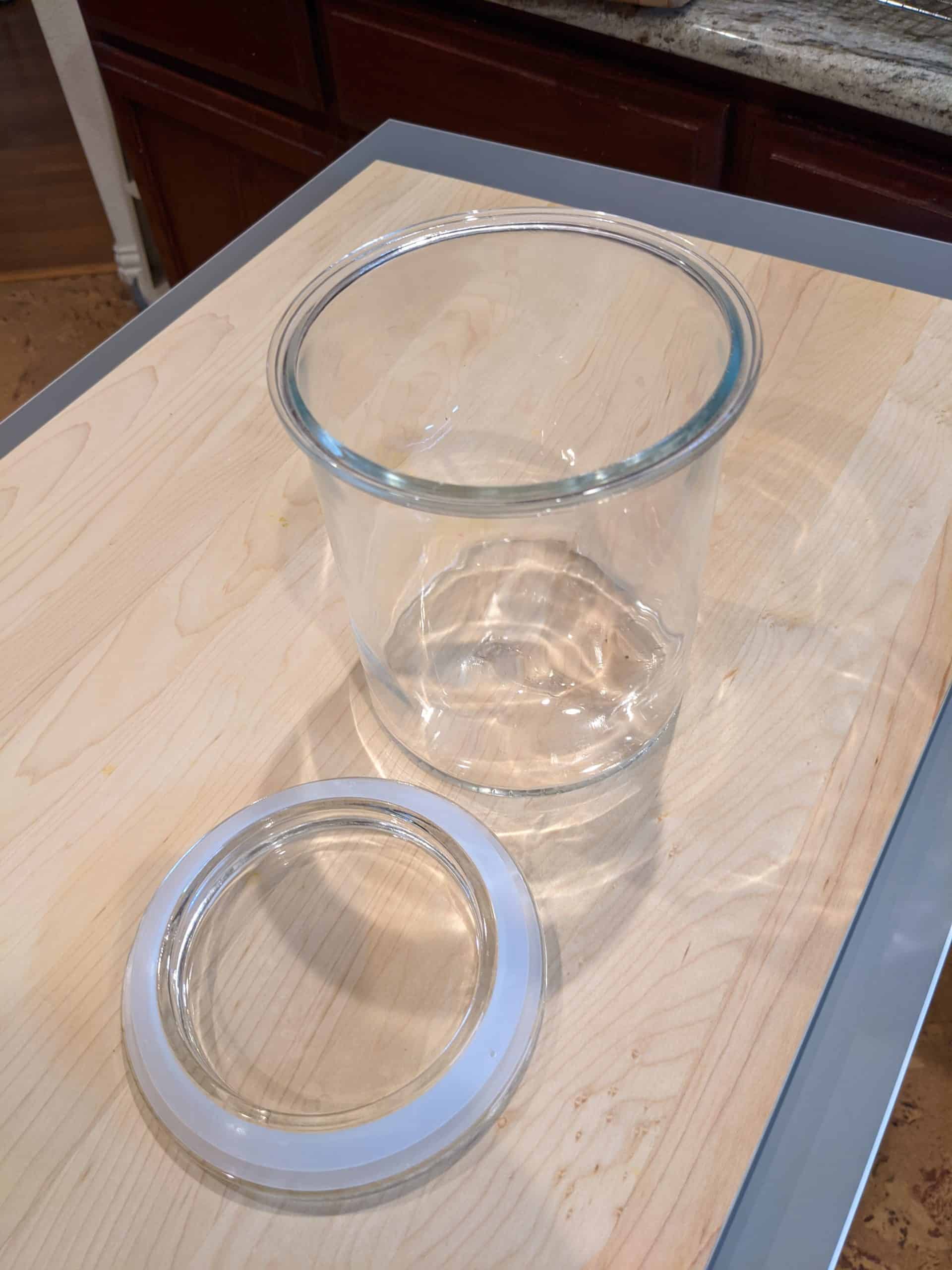 Yeah, a glass jar. As my mother used to say, "simple things amuse simple people!" It was only $3.99, the lid was another $2.00. If you look at similar Weck jars, you'll see this was a steal. I love the heavy glass, the lid with a gasket, and the straight sides. I found a new home for my sourdough starter! Most things at IKEA have names that seem odd to people who don't speak Swedish, this is just "56 ounce jar from the 365+ collection". If you don't have an IKEA near you, you may be out of luck on this purchase.  A quick note - we are not members of any affiliate marketing programs as of August 2020. If we suggest something, it's because we like it, not because we'll get a commission. If we join affiliate programs, we'll let you know, but we will still only recommend things we use and like.

Our movie making has come to a screeching, temporary, halt. You may remember a few weeks back we had an air conditioner outage. It was repaired, and two short weeks later, we have the same issue again - our compressor has shorted out. The home warranty company is somewhat less agreeable this time than last. This makes temperature control, and sweat control, an issue. It also makes us want to fire up an oven even less than usual. I'll see what I can do with the videos we've shot. We are looking at putting an electric oven outdoors which will help with half the issue anyway.

Mythbusting - over and over I've heard that the weather changes how flour handles and how dough works. I've been suspicious of the notion for quite some time. The usual assumption is that flour will pick up moisture on a humid day, and give it up on a dry day. And if you leave your flour lying about. that might well be the case. My reading suggested that the paper bag flour is packed in is rather deceptive - it's a three layer sandwich that does a good job of keeping your flour safe and stable. How safe and stable? I have been measuring a sack of flour in a fairly regular basis. The five pound sack of flour started at 2,276 grams. Five pounds is 2,267 grams. So, the sack itself weighs around 9 grams. (I'll have to check that out when the sack is empty.)

Over the last month and a half, the relative humidity in our hamlet varied from 33 to 87%. You may recall that our flour was denied the humidity stabilizing benefits of central air conditioning for much of that time. So... what happened to the flour? Did it gain and lose weight as it absorbed and lost moisture? Well, yes. But not so much. It went up to a peak of 2,276 grams and a minimum of 2,262 grams. That last one is interesting in that it weighs less than 5 pounds.

How much of a change are we talking about? + zero percent, and -0.615 percent

Having baked in Colorado I am obsessive about covering dough when I'm not working on it. So, the dough has its own micro-climate. Put another way, it won't be gaining or losing much moisture. If you don't cover your dough, you should. It also keeps pests out of the dough, whether they have 2, 4, 6, or 8 legs, as well as our winged friends.

And that leaves us with the question of where the differences come from. To be sure temperature plays a LARGE role in rise times. The rule of thumb is that every 10 degrees hotter cuts the rise time in half, while every 10 degrees cooler doubles the rise time. At least, until it doesn't because the dough got too hot or too cold for the yeast. You can vary your water temperature to keep the dough temperature consistent. We talk about that in the Rule of 240 article. In extreme cases, a proofer or retarder might be helpful.

Well, it's hot and time for me to find another Popsicle - you have no idea how fond we've become of Popsicles and similar frozen treats!

Until we bake again, may your dough always rise even if it is too darned hot!
Mike